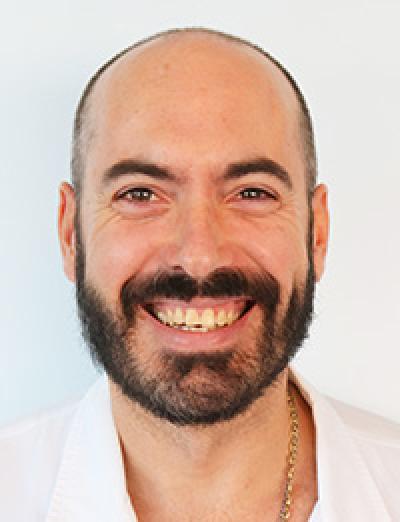 MSc in Industrial Engineering in 2002 and PhD in Biomedical Engineering with the distinction award of "International Doctor" in 2013, both from the Universitat Politècnica de Catalunya.

Graduated in Industrial Engineering in 2002 and PhD in Biomedical Engineering with honorary mention of "international doctor" in 2013, both, by the Universitat Politècnica de Catalunya.

He joined the Research and Innovation Office of the Institut Guttmann in 2003. Since then he manages research and innovation projects in the field of neurorehabilitation. He has participated in more than 30 competitively funded projects and has experience in the design and validation of assessment and monitoring technologies and solutions, as well as in clinical evaluation studies in the field of neurorehabilitation.

His interests include neuromodulation and neurostimulation, neurorehabilitation technologies, innovation with medical technologies and the valorization of medical knowledge. He is co-author of more than 80 scientific publications, including journal papers and book chapters, co-inventor of 4 patents and has collaborated in the creation of 3 spin-offs/start-ups in the field of neurorehabilitation.